U.S. President Donald Trump and first lady Melania Trump board Air Force One for his first international trip as president, including stops in Saudi Arabia, Israel, the Vatican, Brussels and at the G7 summit in Sicily, from Joint Base Andrews, Maryland, U.S. May 19, 2017. REUTERS/Jonathan Ernst

U.S. President Donald Trump and first lady Melania Trump board Air Force One for his first international trip as president, including stops in Saudi Arabia, Israel, the Vatican, Brussels and at the G7 summit in Sicily, from Joint Base Andrews, Maryland, U.S. May 19, 2017. REUTERS/Jonathan Ernst

WASHINGTON U.S. President Donald Trump was hit on Friday by embarrassing leaks that a senior adviser was a “person of interest” in a probe of possible collusion with Russia during last year’s election campaign and that Trump had boasted to Russian officials of firing the man heading the investigation.

The reports, emerging just as Trump jetted off to Saudi Arabia on his first foreign trip as president, were likely to extend the turmoil engulfing his administration since the May 9 firing of former FBI Director James Comey.

The Washington Post, citing sources familiar with the matter, did not identify the senior Trump adviser except to say that the person of interest was close to Trump, a Republican who entered the White House four months ago.

U.S. law enforcement uses the term “a person of interest” to mean someone who is part of a criminal investigation but not arrested or formally accused of a crime. The person may be cooperating or have information of use to investigators.

Separately the New York Times reported that Trump boasted to Russian officials at a White House meeting last week that firing Comey relieved “great pressure” the president faced from a law-enforcement probe into Russian meddling in the 2016 election.

“I just fired the head of the FBI. He was crazy, a real nut job,” Trump said, according to the Times, which cited a document summarizing the meeting and read to it by an unnamed U.S. official.

“I faced great pressure because of Russia. That’s taken off.”

Trump met Russian Foreign Minister Sergei Lavrov and Russia’s ambassador to Washington in the Oval Office the day after Trump fired Comey, who was in charge of the Russia election probe.

The Times said the document was based on notes taken from inside the Oval Office. Reuters was not immediately able to verify the accuracy of that account.

Comey, who has not spoken publicly in the 10 days since he was fired, will testify in an open session of the U.S. Senate Intelligence Committee, which is investigating possible Russian meddling in the 2016 election.

Committee leaders said on Friday he would appear sometime after the U.S. Memorial Day holiday on May 29. 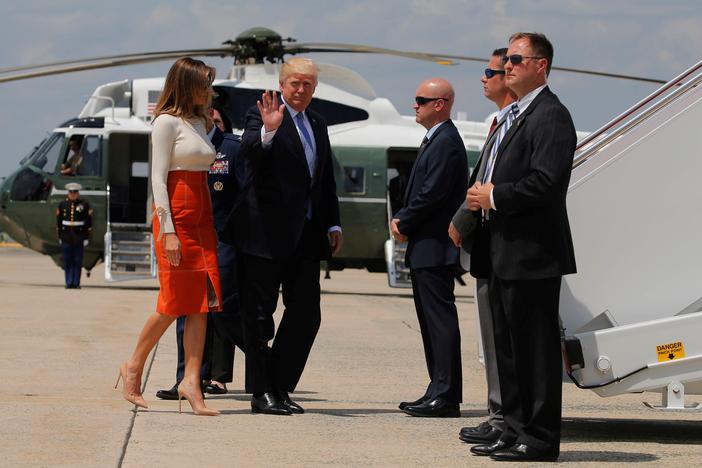 left
right
4/4
left
right
U.S. President Donald Trump and first lady Melania Trump board Air Force One for his first international trip as president, including stops in Saudi Arabia, Israel, the Vatican, Brussels and at the G7 summit in Sicily, from Joint Base Andrews, Maryland, U.S. May 19, 2017. REUTERS/Jonathan Ernst
1/4 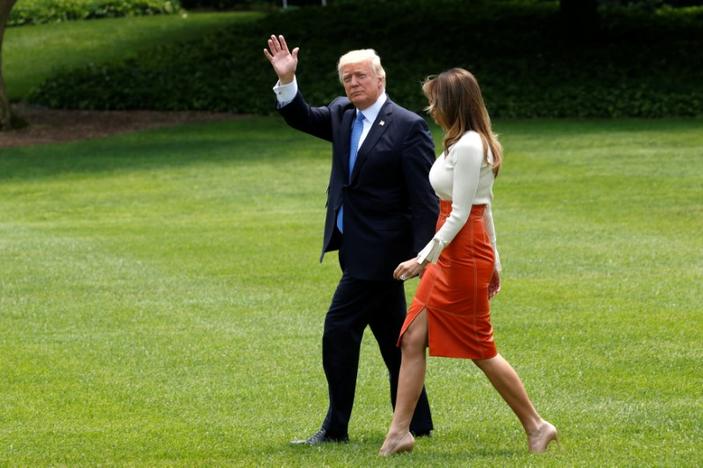 left
right
U.S. President Donald Trump and Melania Trump depart the White House to embark on a trip to the Middle East and Europe, in Washington, U.S., May 19, 2017. REUTERS/Kevin Lamarque
2/4 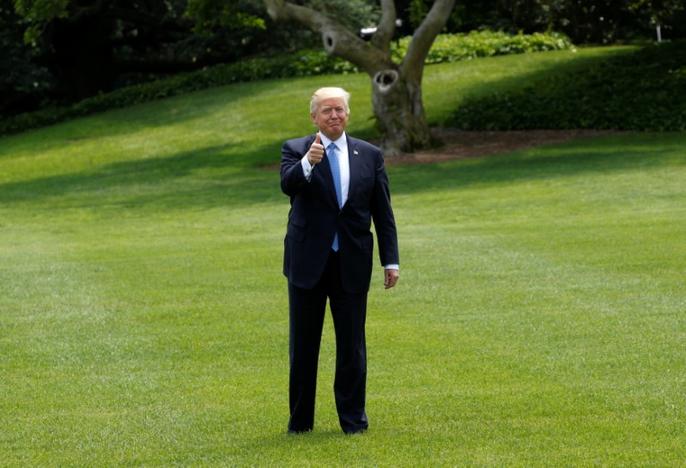 left
right
U.S. President Donald Trump stops to give a thumbs up as he departs the White House to embark on a trip to the Middle East and Europe, in Washington, U.S., May 19, 2017. REUTERS/Kevin Lamarque
3/4

“I am hopeful that he will clarify for the American people recent events that have been broadly reported in the media,” the committee chairman, Republican Richard Burr, said in a statement announcing the appearance.

Public approval of Trump has dropped to its lowest level since his inauguration, according to a Reuters/Ipsos poll released on Friday. The May 14-18 opinion poll found that 38 percent of adults approved of Trump while 56 percent disapproved. The remaining 6 percent had “mixed feelings.”

Earlier this week, investors dumped stocks in response to reports that Trump in February had asked Comey to stop investigating his former national security adviser, prompting accusations the president may have tried to hamper the probe.

“As the president has stated before – a thorough investigation will confirm that there was no collusion between the campaign and any foreign entity,” White House spokesman Sean Spicer said in a statement in response to the Post report.

After days of political tumult in Washington, the Justice Department announced the appointment on Thursday of a special counsel to look into Russian interference in the 2016 election and possible collusion by the Trump campaign.

The Times report added to the impression given by Trump himself in a television interview last week in which he said the Russia issue was a factor in firing Comey. The White House has given different versions of the reasons for the dismissal.

Asked about the Times report, Spicer said of the former FBI chief, “by grandstanding and politicizing the investigation into Russia’s actions, James Comey created unnecessary pressure on our ability to engage and negotiate with Russia.”

“The investigation would have always continued, and obviously, the termination of Comey would not have ended it,” Spicer said, adding that the real story was the leaks of “private and highly classified conversations.”

We Invite Your Opinion and Comments Cancel reply

This site uses Akismet to reduce spam. Learn how your comment data is processed.

Russia Equips Central Syria Airport as New Base for Raids